Dolce & Gabbana eyewear is one of the most famous fashion household in the world. The fashion house has proved its capacity to obtain longevity and maintain popularity over the years by always rebranding itself to continue to appeal to younger generations, as well as, seasoned fans and clients.

Dolce & Gabbana is especially popular with their eyewears, both prescription and sunglasses even now spans over several brands and areas of fashion like accessories, perfumes and cosmetics. 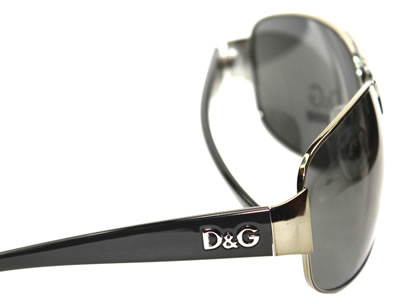 The brand was founded by Italian design partners Domenico Dolce and Stefano Gabbana back in 1985 with its headquarters in Milan.

The founding pair of Dolce & Gabbana met at club, where Dolce was impressed by Gabbana’s personality, while Gabbana was impressed by Dolce’s job. Soon they were working together, and Dolce trained Gabbana in fashion sketching.

Not long after that they became a couple, and after Gabbana had returned from military service, they began working on their designs. Their first collection showed at Milan Fashion Week, one of the most important in the world, in 1985.

Their second collection was never meant to happen, but due to their family support, as well as, other events, it came in 1986, along with their first store.

The Dolce & Gabbana brand expansion came in the 90s, when they started producing accessories like watches and Dolce & Gabbana eyeglasses, which are nowadays amongst their most iconic and best-selling pieces.

Their logo, like their name, is quite simplistic and straightforward, displaying either the full brand name “Dolce and Gabbana” or the commonly used abbreviation “D&G.”

You can often see the D&G logo on smaller products, such as sunglasses, over a blank background, where a simple, Baroque inspired geometric font catches the eye quickly, making the logo memorable, as well as, conveying the message of forward thinking and modernity; giving it a timeless appeal.

The Dolce & Gabbana brands inspired by colors and culture of the Mediterranean region offers bright and bold colors and patterns.

In their more recent collections, heavy framed sunglasses with the attractive, trendy, retro cat-eye shape are featured, which is great for those with rounder faces, as they offset the overly round shape of big cheeks, for instance. 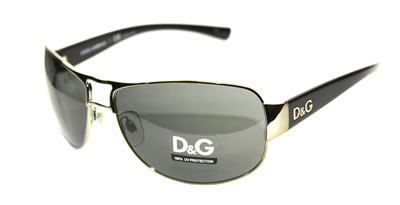 While these aren’t the best for them, the big frames can also work for square faces, especially for people with smaller eyes as they show their eyes better. Although that’s not the biggest concern with sunglasses, obviously. It is something to consider with prescription glasses, which D&G, also, make and sell successfully. 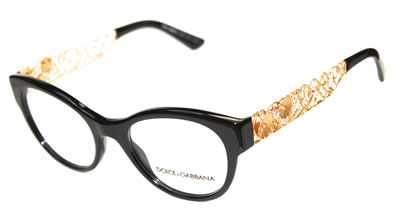 Another traditional form that Dolce & Gabbana make are the wildly popular aviator sunglasses, which are especially well known among men. These are usually modified versions, a lot of times with full frames, which further enhance their shape. These glasses will fit most people although there’s always the matter of choosing the style that best fits your personal style.

The biggest aspect of choosing Dolce & Gabbana sunglasses, however, is your personality. There are styles for everyone, both to suit the shape of one’s face and their personality. Some opt for a more classic, timeless style, while others choose a bolder, trendier style.